Karmaveerar Kamarajar was born on 15th of July 1903 to Kumarasamy Nadar and Sivagamy Ammal. Kamarajar's born name was Kamatchi, family deity of K. Kamaraj. No one knows that he had a younger sister, whose name was nagammal.

At a very young age Kamarajar lost his dad and situations made him to discontinue his school studies, He worked in his uncle's cloth shop where he got inspired by freedom fighters elocution. He joined Indian Nation Congress at the age of 16 after being inspired by Rajaji's speech. Mr. K. Kamarajar had no family and his generation ended with him, besides his personal life he shown interest in public life and sacrificed his life for the improvement of poor people and the country.

Mr. K. Kamarajar joined Indian National Congress at his 16th age after getting influencing by Rajaji speech. He involved in many protest and jailed for over 9 years for various incidents namely toddy shop protest, Quit India Movement, Vedaranya Salt Protest, Virudhunagar bomb blast and so on. 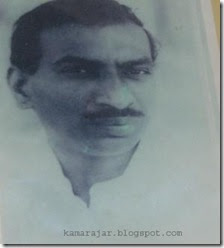 After India's independance from British on 1947, Kamarajar started his political career. Upon his huge sacrifice and remarkable work at freedom fight he is nominated as member of parliament in 1952. His dedicated administration made him as Chief Minister of TamilNadu in 1954. Also he is the main person for the influence of Congress Party over the entire Tamil Nadu. 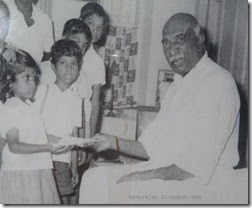 Mr. K. Kamarajar served as a chief minister for a total period of 9 year, which is treated as the golden period of Tamilnadu even till now. All his works had a diplomatic future vision. Being loyal he made others to be loyal, all his decisions proved he is a honest and bold leader. Being a uneducated leader, he opened nearly 30000 schools in Tamilnadu and improvised the existing schools. In his period the educated people rate raised from 7% to 37%. His works in other fields are quite impressive. Some of them are

Kamarajar as All India Congress Leader: 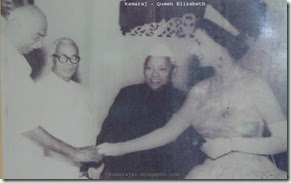 Kamarajar at his 59th age recognized he is in retirement stage so he drew a plan and name K- Plan(Kamarajar Plan). He proposed that all senior Congress leaders should resign from their post and devote their experience towards the growth of Party and the Nation. Followed by Kamarajar five Chief Ministers namely Lal Bahadur Shastri, S.K.Patil, Biju Patnaik, Jagjivan Ram, Morarji Desai resigned their post and devoted them to the growth of Party by guiding the young leaders. Jawaharlal Nehru being impressed by Kamarajar's achievement and devotion brought him to Delhi as President of The Indian National Congress. After Nehru Death on 1966, he refused to become the prime minister and introduced two powerful prime ministers Lal Bahadur Shastri in 1964 and Indira Gandhi in 1966. He remained as the President of the Indian National Congress till his death. 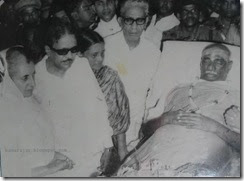 Kamarajar died in his home in sleep on October 2nd 1975, Indian Government honoured Mr. K. Kamarajar with the highly prestigious "Bharat Ratna Award in 1976. Still many are wondering how this man could do this much as he dedicated his entire life serving the People of India. The wealth of Kamarajar after his death is accounted and its shocking that he had two sets of cloth, 150 INR in his bank account and he resided in a rental house. We can confidentally say that No Nation will have this kind of Leader and even in India it will not happen again.